At Bioseutica® we are committed to providing the highest quality ingredients that help people to live well and feel better. As the leading global player in egg-derived proteins and enzymes, we know how to enrich nature’s very best from eggs.

The natural ingredient to help mood

NA2R® is our naturally sourced nootropic egg-white hydrolysate, clinically proven to balance mood whilst promoting focus and a feeling of well-being. NA2R® is smart, not magic. It works by getting tryptophan (Trp) to the brain, where it is used as a building block in the production of serotonin (5-hydroxytryptamine, 5-HT).

Serotonin is a key neurotransmitter that influences our optimism, happiness, satisfaction, and affects both our innate and adaptive immunity. Low levels are implicated in anxiety, irritability, and depression. NA2R® exerts its beneficial effects by increasing tryptophan bioavailability, supporting the production of serotonin to contribute to the balancing of mood, driving positive emotions, and promoting the feeling of well-being.

NA2R® is the perfect fit for your nootropic portfolio, whether you are an established or a new player seeking their breakthrough product. Take full advantage of the benefits offered by our patented, naturally sourced nootropic ingredient.

Clinical studies have revealed improved cognitive performance and stabilisation of emotions upon consumption of NA2R®. This is particularly appealing for athletes, gamers, programmers, and those working under stressful conditions. NA2R® can be effectively incorporated into a range of products, including beverages, smart foods, dietary/food supplements, and more. Get the competitive edge for your customers and get in touch today to discuss how you can incorporate NA2R® into your product lines.

NA2R® is clinically proven to:

NA2R® is a custom ingredient specifically designed for women and athletes as well as to help gamers and coders in their daily challenges providing a stable mood and enhancing focus, working memory and alertness: 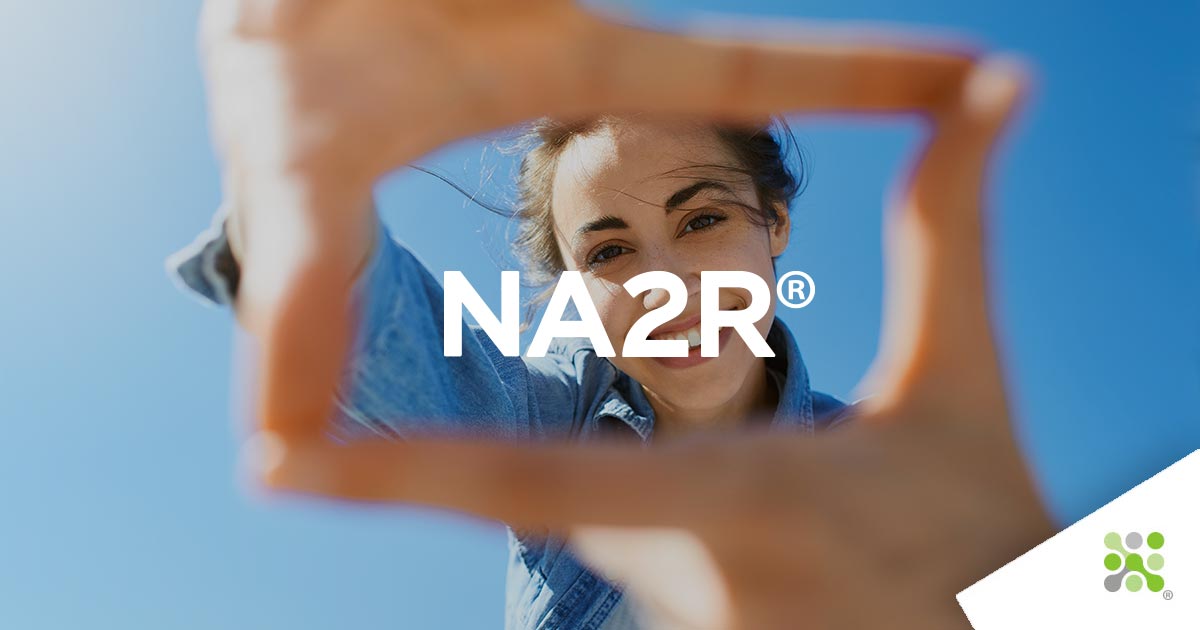 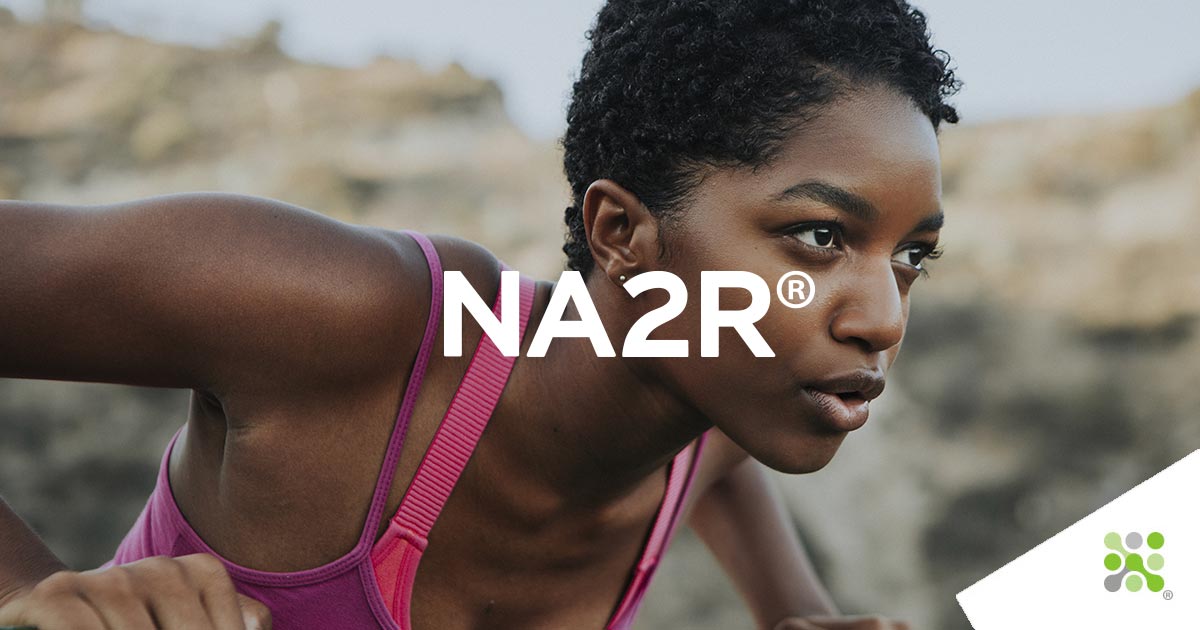 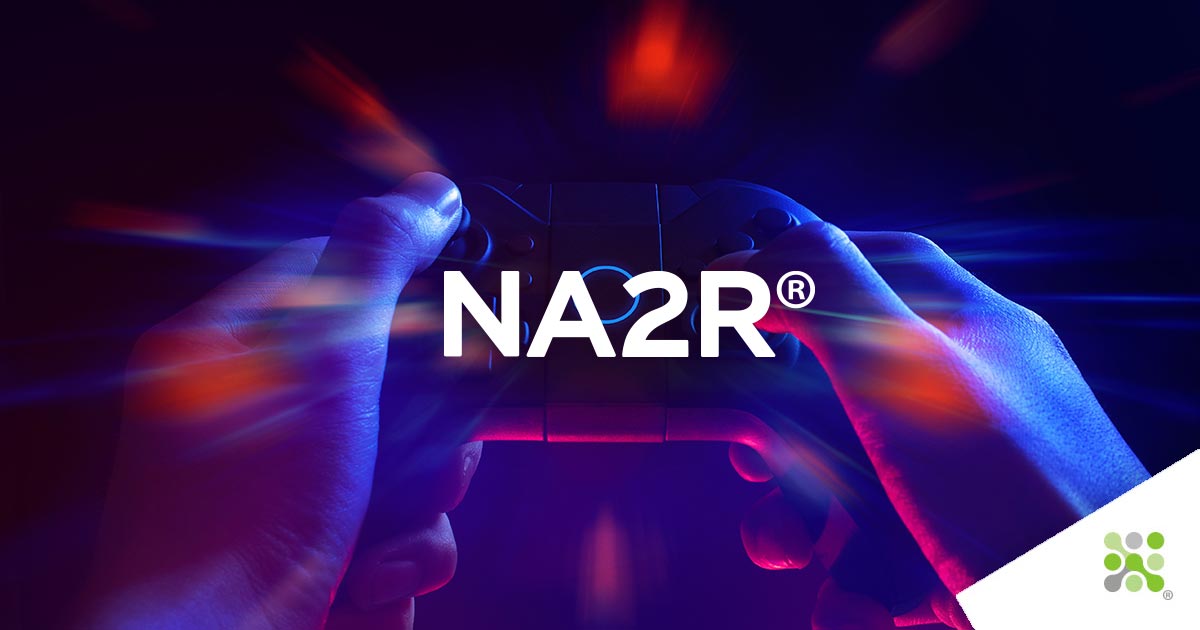 NA2R® to Serotonin: Not a simple Trp from gut to brain:

Tryptophan (Trp) is one of the eight essential amino acids; a protein building blocks that the body is unable to produce for itself. For the supply of these, we are entirely dependent on our dietary intake. Beyond its necessity for protein synthesis, L-tryptophan is a key amino-acid precursor used in the production of serotonin, melatonin, and kynurenine among other neuromodulators, co-enzymes, and bioactive compounds.

Once ingested in our food, tryptophan’s route from the gut to the brain is not an easy one. Upon entering the bloodstream, it competes with large neutral amino acids (LNAAs) to get through the blood-brain barrier (BBB); the interface that controls the influx and efflux of biological substances essential for brain function. Here, the presence of branched-chain amino acids (including leucine, isoleucine, valine, phenylalanine, and tyrosine) reduces the amount of bioavailable tryptophan in the brain. This ratio of tryptophan to LNAAs in the blood is the gold-standard measure of the amount of brain bioavailable tryptophan.

The optimised amino-acid composition of NA2R® reduces the competition with LNAAs, tipping the balance in tryptophan’s favour. By increasing the Trp:LNAA ratio, NA2R® promotes Trp influx to the brain, making it a measurably superior source of bioavailable tryptophan (Fig 1).

Giving Gamers and Coders the edge

Gamers and coders alike know that their performance depends on sustaining their focused attention, accuracy, reaction times, and ability to rapidly process complex information in ever-changing contexts. These are cognitively challenging tasks that can lead to fatigue and burnout over time. NA2R® keeps performance sharp - sustaining focus, reducing reaction times, and keeping your emotional reactions in check.

Decision-making times, movement control, and speed were put to the test with a battery of cognitive tests in a 2015 Swiss & British clinical study7. Participants were shown a complex visual pattern which they then had to correctly match when presented with multiple distracting incorrect choices. This task requires a trade-off between speed and accuracy; a method of measuring processing/decision-making times, alongside the time taken to match the correct choice. NA2R® taken at a low dose (0.5g twice daily for 19 days) sped up reaction and decision-making times, without affecting accuracy (Fig. 5). This effect was most pronounced when the task was made most complex7. Movement speed also tended to be faster, but this was not found to be statistically significantly different to the control beverage (Fig. 5).

Consuming a beverage containing NA2R® potently increased the Trp:LNAA ratio, the gold-standard measure of the amount of brain bioavailable tryptophan. After 90 minutes, 2g NA2R® increased the ratio by 25%, with 4g increasing it by 48%. Conversely, the casein hydrolysate control beverage decreased the Trp: LNAA ratio by 9%.

Mean values with unlike letters were significantly different between the treatments (P<0·05, one-tailed).

Get the competitive edge and get in touch today to discuss how you can incorporate NA2R® into your product lines.

* Regulations may vary according to the country. Always check the local legislation regarding the claims and usage of this product.

This webpage is not intended for final consumers or to mass caterers: it contains scientific and technical information for "business to business" use only and, therefore, it is directed to food and/or food supplements business operators only. It provides general information and does not constitute medical advice, diagnosis, or treatment. The reader shall be solely responsible for any interpretation or use of the material contained herein. The content of this page is subject to change without prior notice.  Country or region-specific information and regulatory requirements should be considered when labelling or advertising to final consumers. All trademarks listed on this web page are either registered trademarks or trademarks of Bioseutica BV group and cannot be used without expressed written consent of Bioseutica BV.

Show in grid
On